Reports are continually being updated, but the shocking extent of Typhoon Haiyan that hit the Philippines is now emerging, with about 2500 dead, 673,000 displaced, and up to 11 million affected in some way by it, according to the BBC, and comparisons with the 2004 Boxing Day Tsunami are already being made. Thankfully aid is now beginning to arrive, although there seem to be some logistical issues with getting aid to the more remote areas, as the Philippines is made up of around 7000 islands, and so many survivors may well face delays before getting the help they so desperately need. As with previous disasters in today's age of global media, many journalists have travelled to the Philippines to cover the story. There are of course benefits to such media coverage, as it raises global awareness which can result in increased logistical support and humanitarian aid (the UK Disasters and Emergency Committee has set up an appeal for funding to help the victims which can be reached here). However, I worry that the media also need to be careful that they don't retreat into clichéd reporting of how communities respond to disasters, as they risk perpetuating unfounded myths about mass emergencies.

A common fear is that after disasters, social norms & structures can collapse before the authorities arrive to regain control of the situation and restore order. For instance, a reporter from the BBC's Newsnight on 11/11/2013, talked of 'a growing sense of panic' in Tacloban (the town that was worst hit by the typhoon) with reports of the breakdown of law and order and armed looters on the streets, although there was no footage of such looting, and the interview was filmed while he was walking through deserted streets. A missionary from the US interviewed by the BBC also expressed his worries about a potential 'mob' situation and said, 'we need the military to get there as soon as possible' but this seemed to be more his fears of what might happen rather than descriptions of what was actually going on. Other coverage by the BBC also describes 'desperate survivors looting damaged shops and buildings for whatever they can take'. While such quotes may make sensational headlines, they are rarely backed up by detailed examination of what actually goes on. If such 'looting' happens it is usually the exception (rather than the norm as is often implied in media reports), and local crime rates tend to drop after disasters as survivors support each other and try to re-build their lives.

A previous post I wrote after Hurricane Sandy hit New York in Oct 2012, looked at how coverage of anti-social behaviours post disasters is often vastly exaggerated, with descriptions of such behaviours very much in the eye of the beholder. For instance, the difference between people 'looting' and  'gathering essential supplies' to survive when local infrastructure has broken down, is often a matter of interpretation, and Vorhees et al (2007) argued that descriptions of such behaviour after Hurricane Katrina in 2005 often depended on the ethnicity and/or social class of the people doing it. Indeed, recent research into disasters (e.g. Jacob et al, 2008) has found that the threat of widespread disorder is one of many 'disaster myths' that are not supported by evidence, and such beliefs may be held even by those responsible for emergency management and response (Drury et al, 2013). Some (e.g. Tierney et al, 2006) have also argued that media reports exaggerating 'lawlessness' after disasters are problematic because they reinforce ideological discourses that call for an increased military role in disaster response. This isn't to say that there aren't some benefits of military resources being used to assist with the aid effort (as they will have the equipment and expertise to quickly dispatch aid to remote communities), but I believe disaster relief efforts should  remain as much as possible under the control of the civilian authorities, as militarising disaster relief can perpetuate outdated myths about communities' 'irrational' responses to emergencies. 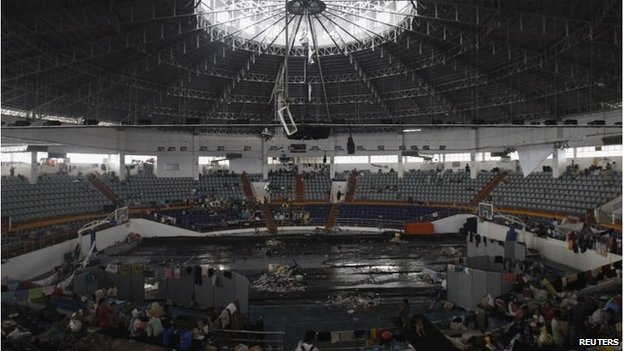