A tale of 2 emergencies in India

Cyclone Phailin hit the East Coast state of Orissa, causing widespread damage, but mercifully there have only been 18 fatalities so far- compared to over 10,000 when a cyclone last hit the same area in 1999. This has been largely attributed to the Indian authorities being much more pro-active in their response this time, and evacuating up to 800,000 people from the affected area . To me, this shows how good emergency planning and response can have an enormously beneficial effect in mitigating the effects of natural disasters and fatalistic approaches that believe nothing can be done in the face of such events are both unfounded and negligent.

However, at least 115 people were killed in an incident during a Hindu festival in the central state of Madhya Pradesh, and I think this shows how easy it is for the reporting of such incidents to slip into outdated cliched accounts of crowds before the full facts have emerged. As soon as news of this tragedy broke, the  BBC was reporting the incident as  a 'stampede' and also mentioned 'panic' before going into any detail of what actually happened. From the limited information I have seen so far about this incident, I worry that using such irrationalist descriptions risks obscuring the truth about what happened and could also unwittingly shield those who may be responsible for another possible case of fatal crowd mismanagement.  A local Police spokesman was reported in The Guardian newspaper as saying that rumours that the bridge pilgrims were crossing was about to collapse caused a 'stampede'. However I think this claim is somewhat undermined by his later admission that;

Now I'm sure that those familiar with my blog posts will know that I take issue with the idea of crowd 'panic', but if one were to buy into this notion (as many in crowd management still do), then this statement doesn't seem to make sense. For, if a crowd was indeed 'panicking', why on earth would they stop 'panicking' and suddenly calm down if they were then charged by police with batons drawn?! Previous research I have done on crowd flight during riots in the UK (Cocking, 2013) looked at what happened when crowds are charged by the police. I found that there was often an initial surge where people did flee, but this rarely lasted more than a few seconds, and that during this flight people would co-operate with each other and help those who fell over where it was physically possible to do so. I concluded that descriptions of such flight as 'stampedes' was not accurate, and also too loaded a term, because of its animalistic connotations (it implies that people in crowds behave like herds of cattle). Furthermore, I explored in a previous post how descriptions of crowd 'panic' after disasters can be used as a tactic to deflect blame from those responsible for the venue where the tragedy occurred.

We shall see what further information emerges from this awful incident, but at this stage I fear that negligent crowd mismanagement may have contributed at least in part to this disaster, and lazy reporting of incidents that use uncritically outdated terms  like 'stampede' and 'panic' may delay the truth about the incident emerging, and possibly even hinder proper accountability. As I recently argued in a paper about the Hillsborough disaster (Cocking & Drury, 2013), we need to find new terms to describe people's behaviour crowd disasters if we are going to contribute to increased public safety and avoid such tragedies happening in future. 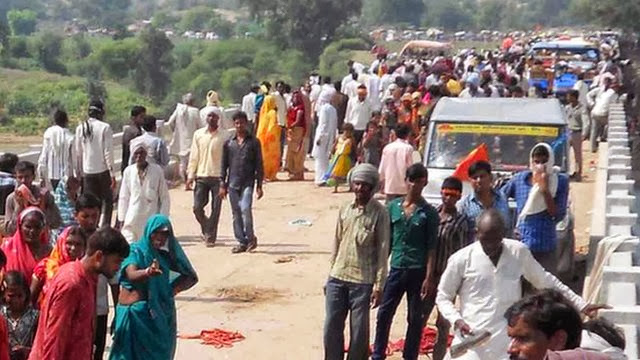