I went to see the ‎Amy Winehouse‬ film last night on the anniversary of her death on 23/rd July 2011. It has been accused by some critics of being little better than the paparazzi that hounded her to her death, and it certainly is uncomfortable viewing at times (especially when she crashes & burns live on stage in Belgrade shortly before her death in 2011). I think it also highlights how a very talented (but also very vulnerable) singer/songwriter descended on a self-destructive downward spiral of alcohol and drugs compounded by her suffering from bulimia that ended in her untimely death at the age of 27.

However, I think the grass-roots reaction to her death also illustrates the positive power that crowds  can have. I was in Camden a couple of days after she died & visited the shrine to Amy that had spontaneously developed outside her flat. It was quite a solemn and sad experience, but  what I also found striking was how her fans and other interested passers-by had come together to mark her tragic death, and I believe this shows the power that groups can have to support each other in times of adversity. This fits with work that I and others have done (Cocking, 2013; Drury et al, 2011) that rather than being a potential problem (as they are often portrayed in social discourse) crowds and groups in general can be a source of mutual support, or a kind of 'social cure'. 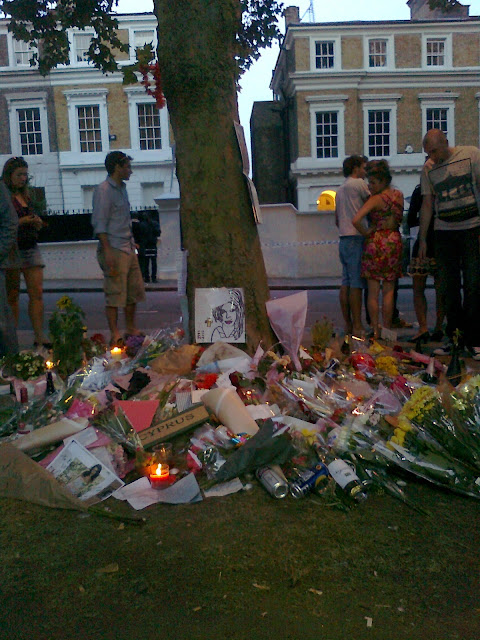 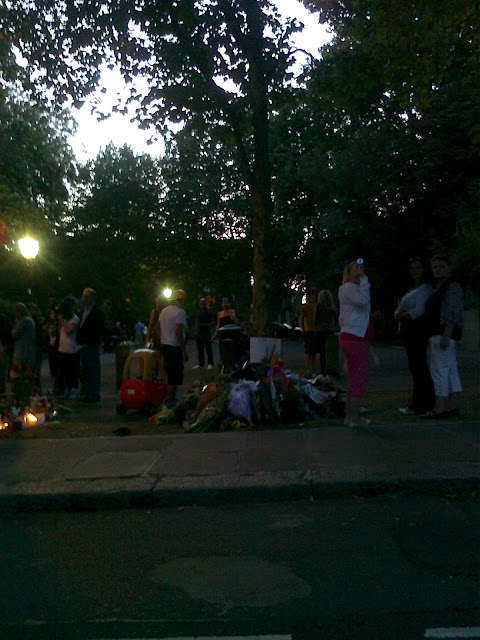 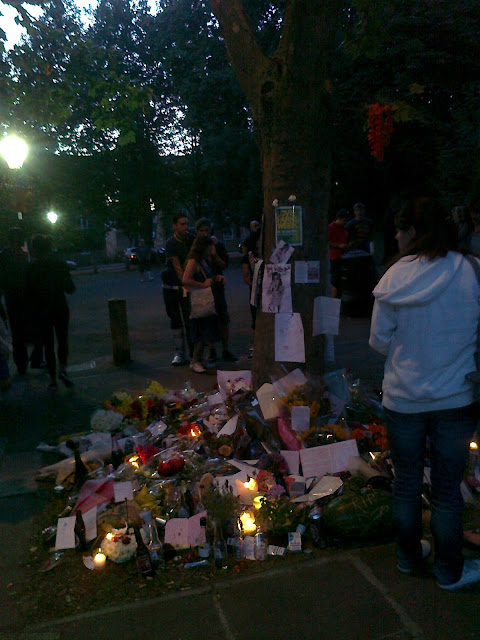 Photos of the memorial outside Amy's flat, Camden July 2011