Introduction:
Student protests are on the upsurge again, with a wave of actions across the country (including occupations at Warwick and Sheffield as I write this), but I shall focus on the Universities of Sussex and London, where there have been increasingly disproportionate responses to their respective campaigns. Many commentators have rightly highlighted the excessive and disproportionate response implemented by the respective university authorities and the police, and have also raised questions about the morality and legitimacy of such actions. However, I would argue that such responses may also be counter-productive to the aims of the authorities, in that they could escalate current discontent and broaden the protestors' determination and appeal to others, thus prolonging their duration.

University of Sussex:
Sussex University has suspended five of its students for allegedly leading an occupation of the Bramber House conference building in support of the recent strike by staff in HE on 3/12/13 (the last Sussex occupation is covered in my previous post), and these students are currently banned from coming on to campus for any reason (even to see their GP). These students face possible sanction and/or expulsion if found guilty of misconduct under the University's disciplinary procedures. Sussex's registrar, John Duffy claimed that recent protests had seen 'violence, intimidation or serious disruption', but the Sussex 5 reject such claims, and argue instead that this action, along with a previous injunction to prevent protests on campus after the last occupation is part of an attempt to stifle legitimate protest.

Since the suspensions happened, there have been daily protests on Sussex campus, which have attracted hundreds of students and staff. At today's rally (6th Dec), staff spoke out in favour of the suspended students, saying that they were being penalised not because they'd broken any rules, but to intimidate others from getting involved. More interestingly, a member of staff from the University and Colleges Union (UCU), reported that colleagues of his who had previously not been interested in the campaign against outsourcing of services at Sussex (and did not take part in the recent national strike action either), were so outraged by the suspensions that they had now become involved. This suggests that support is growing rather than diminishing, but also that the campaign is also concerned with wider issues are now, and as the protest moved off for its regular walk round Sussex campus, protestors were chanting "re-instate the Sussex 5, keep democracy alive". I also saw what is probably the best resignation letter I have ever read, from a porter at Sussex university who was not prepared to work at Sussex any more because of the current situation. He describes very eloquently how the Vice-Chancellor's actions had created a community at Sussex in opposition to the proposed outsourcing of services, and finishes by advising the VC to 'go and violate yourself brutally with a pineapple'!.

University of London:
The protests against the proposed closure of the University of London Union (ULU) have seen much more violent scenes, with police and private security forcibly removing protestors from Senate House on the evening of 5/12/13, and arresting up to 40 students in the process, with reports of injuries and photos posted on Twitter of students's blood on the pavement. ULU president Michael Chessum (who was recently arrested under the public Order Act for allegedly organising an 'illegal demonstration at ULU) said; "I saw a level of police violence and violence from university security staff that I have not seen for a very long time, if ever." Those arrested at the protests in London have also been given bail conditions by the police that include an order not to 'be in a group of 4 or more persons... in any public place', leading some to conclude that the police are attempting to ban protests.

Coverage by the Guardian newspaper of the protests reported there was a strong police presence stationed around University of London from the outset, with a significant proportion being from the Territorial Support Group (TSG) that deal with public order protests- attracting criticisms from students of collusion between the police and the University of London management. The article continues by highlighting the contexts in which the protests are occurring, and how protestors are making connections with other causes beyond the immediate issues that they are protesting about . For instance, protestors can be heard chanting  'you killed Mark Duggan' at police (whose fatal shooting triggered the 2011 riots in England), showing a wider sense of identification beyond the immediate issue of the protests. 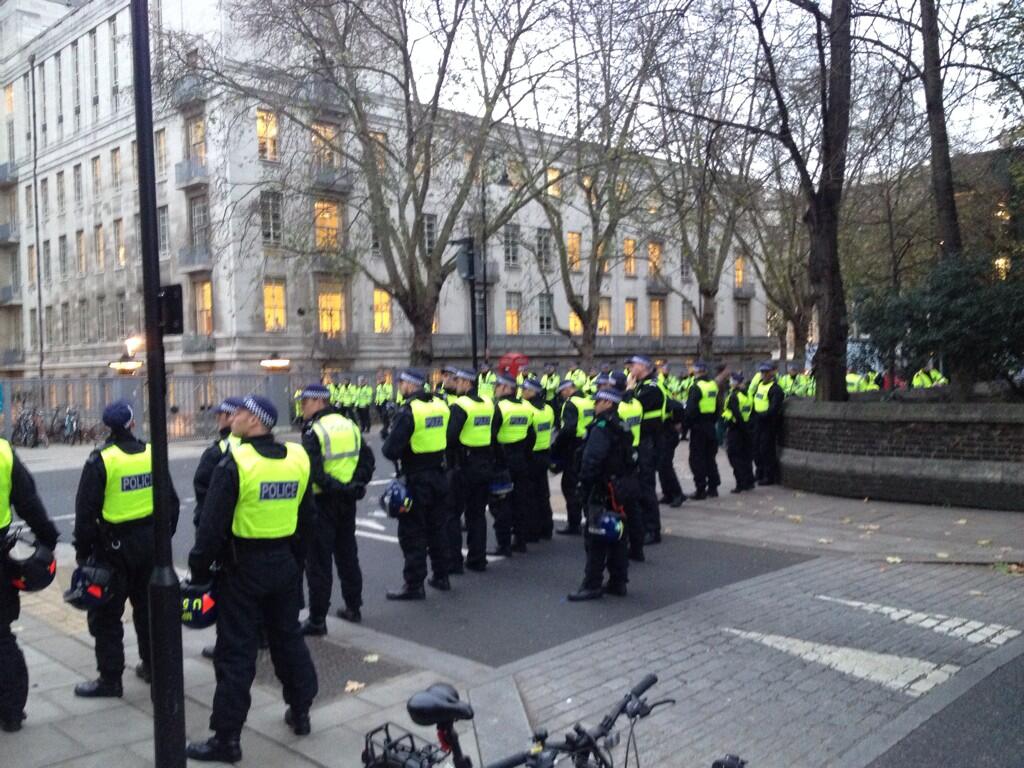 
Conclusion:
It is clear to me that the way the campus protests are currently being dealt with at Sussex and London Universities illustrate the bureaucratic sanctions and also sheer physical brutality that student protestors can face. But I think these incidents can also unite protestors, widen their outlook (and consequent support), and make them more determined to continue with their campaigns.  So, in these particular campaigns, what initially began as campaigns against outsourcing  and/or  closure of services, are now being openly discussed in terms of defending  the right to protest. This is something that has been found in previous research (Cocking & Drury, 2004; Drury et al, 2003) into psychological change happening through involvement in collective action, and also in my exploration of the Balcombe fracking protests. On the day that the world is mourning the loss of Nelson Mandela, one of the world's most famous campaigners against injustice, I think it is appropriate that his name was invoked at today's rally at Sussex and a minute's silence called in his honour. 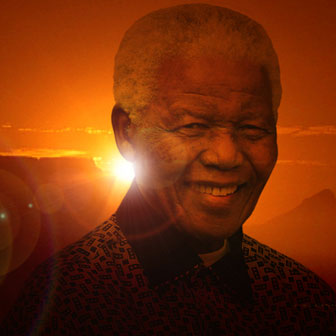