Just seen an interesting article on the BBC web-site about how believers cope when their predictions of armageddon are not met. Some believed that because the Mayan calendar doesn't continue after 21/12/2012, this would have meant the end of the world today, and have prepared for the impending apocalypse in various eccentric ways around the world. However, as I write this (approaching 19.00 GMT), the world does not seem to have ended yet, and assuming it doesn't in the next 5 hours the doom-mongers will have to find another date to look forward to.

The psychologist Leon Festinger studied a group of people who believed the world was going to end in the 1950s, and found that they coped with the world not ending by convincing themselves that their actions had "spread so much light", that the world had been spared by God, rather than admitting that perhaps their beliefs had been wrong all along. Festinger named this process  as 'cognitive dissonance' to explain how people re-frame events that don't go the way they expected, so they don't lose faith in the particular prophesy or world view that they (or the group they belong to) have, and why people don't always distance themselves from religious groups whose apocalyptic visions aren't realised.

Of course, I sincerely hope that no prediction of the world ending does comes true. If it ever does happen though, I'm sure people won't panic, but it will be the least of my and everyone else's concerns if I end up being proved wrong! 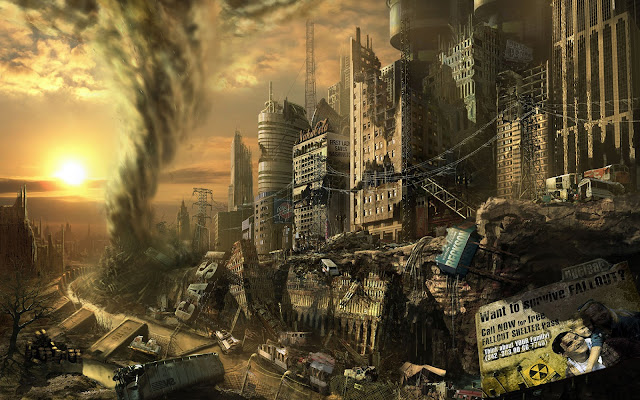